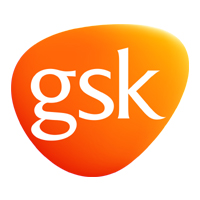 The Rockville site is also expected to house production of a new subcutaneous form of belimumab which is currently under review with the FDA. This investment will be used to provide additional internal capacity to increase bulk drug substance production by close to 50% at the Rockville site, to respond to increased demand.

Benlysta continues to be a growing product for GSK. Since 2014, the product has grown at least 18% per year in the US on a constant exchange rate basis. In 2016, the company reported $377million in BENLYSTA sales in the US.

The Rockville biopharmaceutical manufacturing site consists of two FDA-licensed facilities for large and small scale manufacturing, which employ more than 400 highly-skilled scientists, engineers and manufacturing and quality professionals among other specialists.

This announcement is the latest investment in the US that GSK has made following:

•  $50 million to continue to develop its Global Vaccines R&D Headquarters in Rockville, MD, opened in December 2016.
•  $245 million to transform its Upper Providence, PA site into one of two major R&D hubs for GSK globally, which was announced in December 2014.